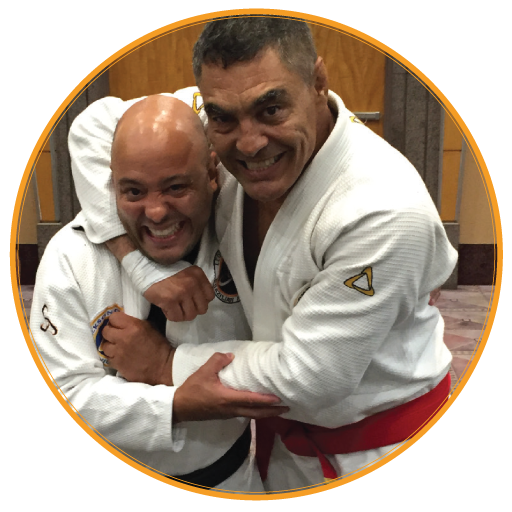 Leonardo Xavier with his Mentor and Master, the legendary Rickson GracieProf. Leonardo Xavier is a fifth degree black belt professor in Gracie Jiu-Jitsu with over 25 years of teaching experience. SInce a teenager, he was an Uchi Deshi (internal student who assists the teacher full time) to all his legendary teachers and was groomed to be a Jiu-Jiis teacher by them. A former instructor at the birthplace of Gracie Jiu-Jitsu, the "Academia Gracie de Jiu-Jitsu" (Gracie Humaita) in Rio de Janeiro, Brazil, he currently lives in Houston, TX and is the only jiu-jitsu professor in the area certified to teach the art by the legendary Master Rickson Gracie and by the original and most traditional jiu-jitsu school in the world, the Academia Gracie de Jiu-Jitsu in Rio de Janeiro, Brazil (Gracie Humaitá Academy). Besides teaching his loyal students in Sugar Land, TX, he travels the world teaching seminars and assisting Master Rickson with his seminars.

What can be gained by training Jiu-Jitsu?

Who can benefit from jiu-jitsu?

What is Professor Xavier's Philosophy on jiu-jitsu?

Jiu-jitsu enables and empowers students of all ages and genders to face and conquer challenges both on and off the training mat. It is the transition and application of these principles to your everyday life that make jiu-jitsu so much more than just a sport, a system of self-defense, or even an art.

Professor Leonardo Xavier was greatly influenced by Gracie Jiu-Jitsu co-founder, Grand Master Helio Gracie, and his sons Rickson and Royler. Leo not only became one of his sons top students but also became an instructor at their school as well as their direct assistant. Because of his size, Helio adapted jiu-jitsu techniques to suit his capabilities and an art of leverage and personal efficiency, not brute strength, was born. His sons, notably Rickson, Royce and Royler Gracie, used these techniques in high profile mix martial arts tournaments worldwide. Rickson remained undefeated throughout his career, and Royce was the first UFC champion.

Leonardo went on to employ these same principles as a jiu-jitsu Professor and a Multiple Times World Medalist, Pan American, Brazilian National Champion, and Rio de Janeiro State Champion. He later developed a prize winning team in the U.S and now teaches people from all walks of life from many different parts of the world.
Learn More About Professor Leonardo Xavier 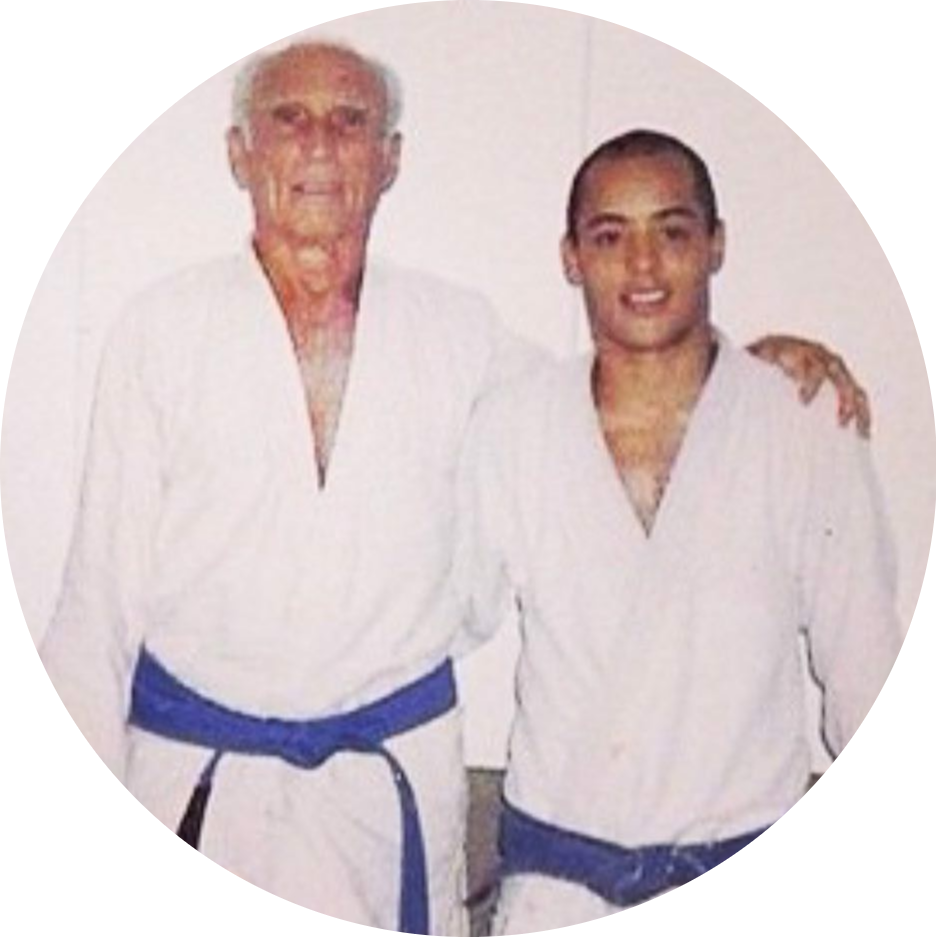